Visit CCA's Special Edition of The Chinook Advocate , also featured in the 2017 AKC Gazette, honoring Chinook's 100th birthday and the rich history of this remarkable Breed. 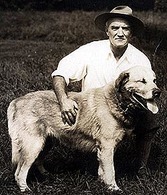 Arthur Walden and Chinook
A Brief History of the
Chinook

The Chinook was the inspiration of Arthur Treadwell Walden, a sled-dog driver, author, explorer, and innkeeper from the village of Wonalancet, nestled in north central New Hampshire at the foot of the White Mountains. Walden created a distinctly tawny, American sled dog that had power, endurance and speed, along with a friendly, gentle nature.

Chinook and his family
Walden's foundation dogs for the Chinook Breed were descendants of Admiral Peary's Greenland husky lead dog, Polaris, and a mastiff-type farm dog who produced a litter of three pups on January 17, 1917, in New Hampshire. The pups were named Rikki, Tikki and Tavi after the mongoose in Rudyard Kipling's The Jungle Book. One of these pups was eventually called "Chinook" after a sled dog Walden had used while freighting supplies for gold miners in the Yukon. This dog was the foundation of the Chinook breed to which all Chinooks are related.

Chinook grew to be 100 pounds. In Walden's book Harness and Pack, Walden described Chinook as "a large tawny yellow dog, a half-bred Eskimo, with dark ears and muzzle. Chinook was known not only as a wonderful sled dog, but also for his gentle disposition toward children.

Descendants of Chinook would later be called "Chinooks" in honor of the foundation sire. Check out this video, "Chinook's Children" a silent movie short of the time.

Walden and his dog sled team, with Chinook in lead, were credited with bringing the sport of sled dog racing to New England. In 1924, Walden founded the New England Sled Dog Club, the oldest club of its kind still in operation today. In 1927, Walden was appointed to head the Dog Department for Admiral Richard Byrd's first Antarctic Expedition (BAE I). Walden and his sixteen Chinook dogs were described by Admiral Byrd as the backbone of the expedition transport. In fact, in 1931, Arthur Walden received the Congressional Medal for his part in Admiral Richard Byrd's Antarctic Expedition.

Unfortunately, it was in Antarctica that Chinook, nearing his twelfth birthday, was lost. Reports of Chinook's death made news around the world and many mourned the loss of one of the greatest lead dogs in history. At Walden's request, Route 113A from Tamworth to Wonalancet, New Hampshire, now bears the name "Chinook Trail" to honor his famous lead dog. 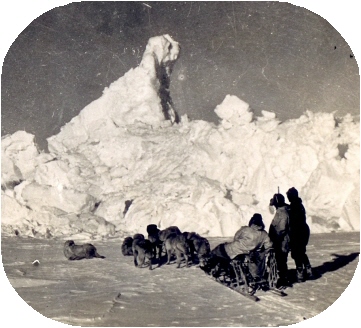 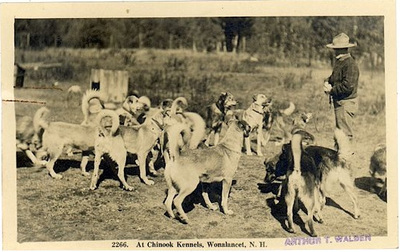 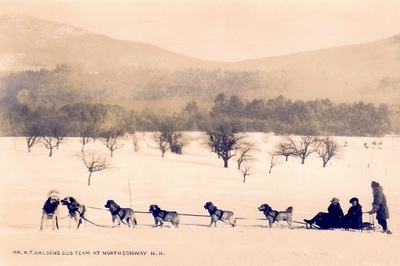 Arthur Walden and his Team of Chinooks, Wonalancet NH
There have been a number of notable events occurring throughout the Chinook's history: 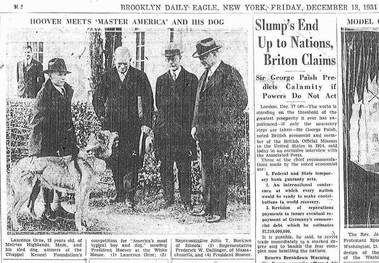 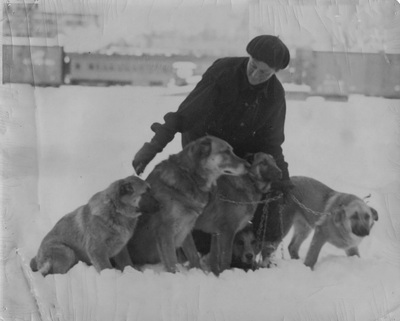 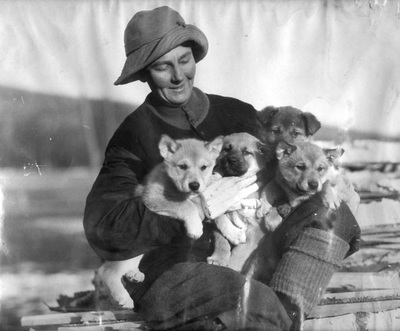 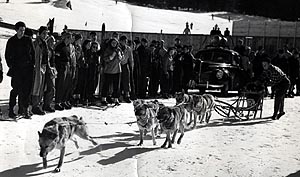 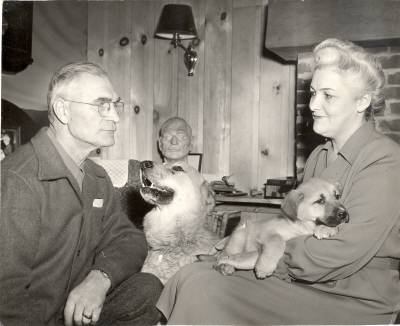 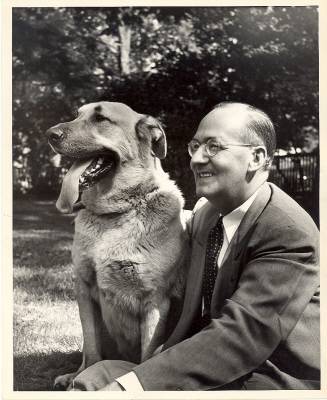 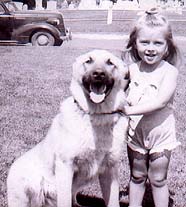 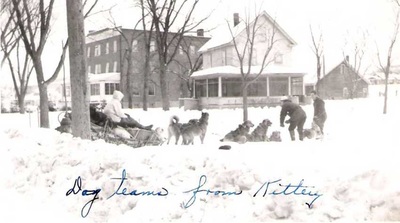 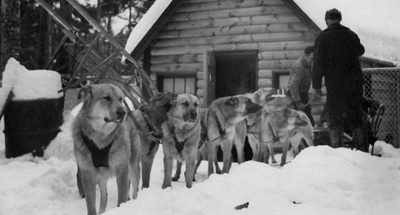 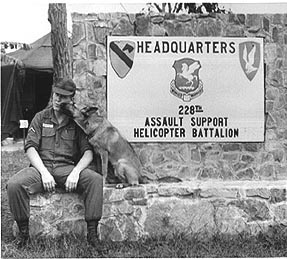 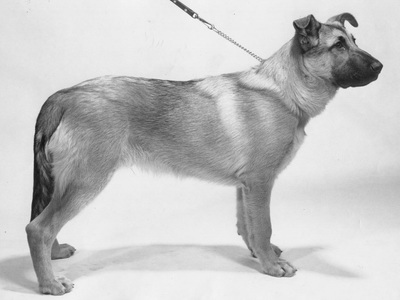 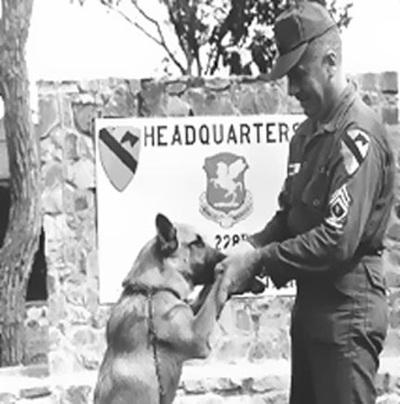 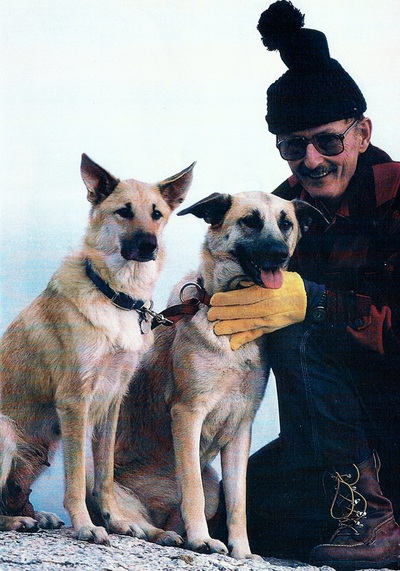 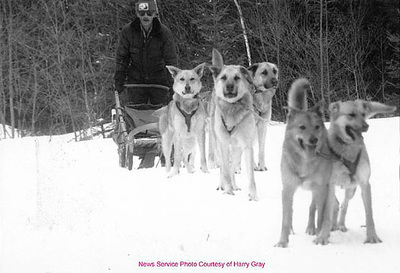